You're viewing an older Release (#1) of this Pub. 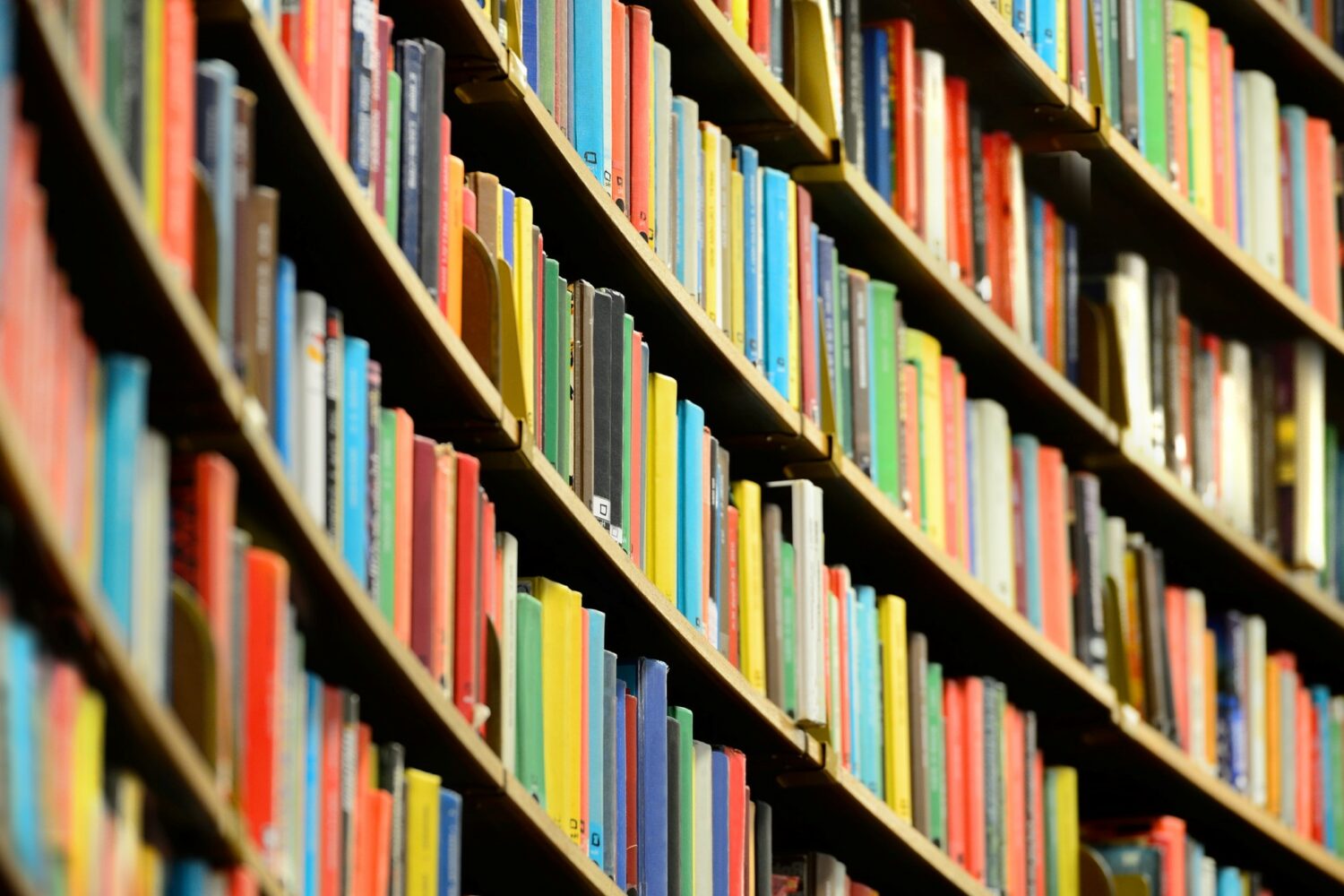 At COPIM, we believe that a shift to open access for academic books is not only possible, but necessary. We — together with a larger network of projects committed to community-led and not-for-profit approaches to scholarly publishing — are developing infrastructures and business models to support publishers and authors in making their long-form research output openly available without relying on embargoes or author-facing charges (otherwise known as Book Processing Charges or BPCs). These infrastructures are already supporting university and scholar-led presses to publish open access books without these constraints.

We are pleased to note that both UKRI’s summary of the responses to its consultation on the new policy and its explanation of its policy changes emphasised that COPIM is well positioned to support a transition towards open access for long-form academic work, and we look forward to doing so.1

The experience of our consortial partners who publish open access books is that there is a wide and deep appetite among readers for open access to long-form academic research. Furthermore, given the importance of the book to the creation and dissemination of Humanities and Social Science research, it is vital that we achieve immediate and equitable open access routes for books. The alternative is a future in which access to Humanities and Social Sciences research is limited and expensive, and these disciplines increasingly marginalised.

In this response, we would like to briefly outline how COPIM and COPIM’s consortial partners are already supporting embargo- and BPC-free open access for books, and in what ways the infrastructures and models built by COPIM will help to support other presses to do so. We would also like to outline how we feel the UKRI open access policy could be extended further, and what we would like to see from any future policies for open access books, based on our initial response to the UKRI open access consultation.

COPIM, a £3.6 million project led by an international partnership of universities, libraries, open access publishers and infrastructure providers, is funded by Research England and Arcadia Fund, and we are carrying out work in key areas to provide material and systemic support for open access book publishing. We are doing this by building open, modular and interoperable infrastructure, owned and governed by the academic community, to address the key technological, structural, and organisational hurdles that stand in the way of the wider adoption and impact of open access books.

COPIM is already more than halfway to completing our objectives, and the infrastructures, workflows and best practices we are developing will be fully operational well before 1 January 2024, when the UKRI policy for books will take effect. Moreover, COPIM’s consortial partners include presses who have already been publishing open access books for many years, often without relying on Book Processing Charges and without embargoes.

Although we welcome UKRI’s support for open access books in this policy, we also want to highlight some areas of concern, as well as elements we would like to see included in future open access policies for books. This is particularly significant given that the UKRI consultation on this policy stated that

and that any policy for the REF would affect a much larger number of publications.3

At COPIM, we value full and equitable open access to research output, and this is why we have argued strongly against the inclusion of any kind of embargo period in future policies during the 2020 consultation period, noting evidence suggesting that an embargo period has no discernable impact on publisher sales.4 We would also point to the experience of our consortial partners that shows it is possible to devise business models for open access books that do not require an embargo, as well as our own work in this area, described above.

Furthermore, we have also argued in our response against the inclusion of a ‘suitable publisher’ exemption.5 We note the range and variety of publishers that publish widely in the Humanities and Social Sciences and that already either have an open access programme or publish fully in open access,6 which might well suffice to fully cover researchers’ needs — but which also indicate that it is entirely possible for publishers both large and small to publish open access books. For smaller publishers, we would like to highlight the variety of support offers that we are working hard to put in place so as to enable smaller presses to comply with UKRI’s open access mandate — for more details, we refer the reader to the above list of different types of non-profit, community-governed infrastructure that COPIM is building. In that respect, we would particularly like to highlight COPIM’s work on Thoth, a fully open metadata creation and dissemination system for OA books, and would be keen to offer our expertise in the ongoing process of developing UKRI’s emerging guidance on metadata and PID recommendations, which Thoth would aim to support.7

We are concerned that such an exemption clause might provide an ‘easy’ way out of publishing open access for both publishers and authors, where either side can argue either that they are a ‘specialised press’ offering an unique service; or that their book can only be published by such a ‘specialised press’. We are keen to know more about the proposed assessment mechanisms that would decide on questions of who counts as ‘the only suitable publisher in the field’, what the criteria for this would be, and who would be the final arbitrator of such decisions. We hope that this will be forthcoming in 2022.

At COPIM, we would also like to see trade books included in any open access policy. Whether a book is a monograph or a trade book is dependent on a publisher’s decision, and the policy does not (at this stage) ask for any transparency about that decision-making process, instead leaving it for the publisher and author to decide what qualifies as a trade book.8 We argue that the definition of what constitutes a trade book should be either made more transparent or — and this would be our preferred option — any output that receives UKRI funding, whether it is a specialised monograph or a trade book, should be made available in open access, as there is currently no evidence that this would harm sales and might even promote the dissemination of the book.9

We also note that the explicit exclusion of textbooks is a missed opportunity. Similar to trade books, the underlying categorisations of what constitutes a textbook are fluid and often open to individuals’ or institutions’ interpretation; guidance by UKRI would have been a timely intervention in the continuing work to make textbooks more equitable.10

Finally, we are keen to learn more about how the funding ring-fenced for open access books will be made available. Any policies from funding bodies should be backed up with the infrastructural and financial provisions needed for publishers and authors to be able to fulfill them equitably. Current BPC levels, set mainly by commercial publishers, are too high and unaffordable for the majority of institutions, while any funding made available without a cap on BPCs and without support for alternative funding routes would risk entrenching the BPC model as the major or only method of funding OA books, as argued by our former COPIM colleague Sam Moore. Instead, we propose that funding bodies invest in open source infrastructure for the production of OA books, and that this infrastructure is governed and run by the communities involved in academic publishing themselves on a not-for-profit basis. COPIM itself is seeking to implement this type of approach. As we note in our response to the consultation, if funding is provided for scholars in the UK to publish in OA only by paying for BPCs, this will create further inequalities in access to publishing for scholars in the so-called Global South (also see Aguado-López and Becerril-García, 2020).

Our ScholarLed consortial partners Mattering Press, meson press, Open Humanities Press, Open Book Publishers and punctum books continue to show that publishing books open access is possible even for small, scholar-led presses, while university presses such as Liverpool University Press and Central European University Press are demonstrating leadership within the university press sector by embracing a shift to open access without embargoes or author fees. Publishers such as MIT Press and Cambridge University Press have also announced new models to fund open access books that do not rely on Book Processing Charges or so-called Transformative Agreements. COPIM’s work is further evidence that the transition to open access for academic books is already underway, and practical support is being put in place to enable its expansion in a way that fosters an open, equitable, bibliodiverse and community-governed publishing ecosystem.

The new UKRI policy marks an important step forward along this journey. COPIM eagerly looks forward to further details on possible exemptions as well as on the provision of funding routes for long-form publishing. As highlighted above, COPIM’s collaborative, not-for-profit approach provides an alternative to support presses to comply with UKRI’s policy without relying on BPCs.

At COPIM, we look forward to a future in which academic books are freely and openly accessible, and we will continue to work to make this a reality.

COPIM is an international partnership comprising

Why not start the discussion?